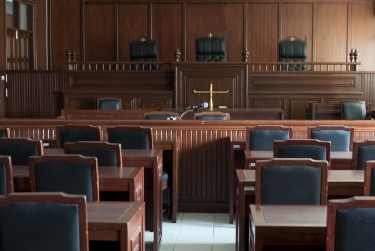 Georgia takes acts of violence against family members very seriously. In fact, what might be charged as a misdemeanor assault between two strangers could be a felony when the victim has a close relationship with the accused. This is why it is very important to talk to a criminal defense attorney when you have been accused of domestic violence. I am dedicated to protecting the rights of the accused and fighting to get the best possible outcome when my clients are facing domestic violence charges.

What Is Considered Domestic Violence in Georgia?

Under Georgia’s Family Violence Act, a domestic assault is not about the kind of violence committed, but rather it is about the relationship between the perpetrator and the victim. If you have been accused of assaulting someone who is considered a family member under Georgia law, you could face the more serious penalties that come with a domestic violence conviction. Georgia defines family violence as battery, simple battery, simple assault, assault, stalking, criminal damage to property, unlawful restraint, or criminal trespass between the following:

Georgia law does allow for “reasonable discipline” administered by a parent to a child, including corporal punishment, restraint, and detention.

Was it an Argument, or Was it Domestic Violence?

I support laws that protect victims of domestic abuse and violence 100%. People who assault a partner, child, elderly family member, or former partner should be held accountable for their actions. However, the law must be applied fairly, and the accused must be allowed to defend themselves. In Georgia, law enforcement is required to follow certain protocols when investigating a domestic assault call. It is not enough for an alleged victim to make an accusation. In a “he said, she said” situation, law enforcement must consider the following before making an arrest:

Just because the police have guidelines for making domestic violence arrests, that doesn’t mean they follow them. If you are being questioned on suspicion of domestic violence, call my office as soon as possible. It’s important to understand that, even if the alleged victim recants, the state can still pursue the charges against you.

Georgia’s sentencing guidelines are complex and confusing. In general, violent crimes against family members are considered to be crimes of a “high and aggravated nature,” and the punishment is increased accordingly. For a first conviction, you could face a fine of up to $5000 and up to 12 months in jail. Subsequent convictions could be sentenced as a felony. If you are also charged with violating a protective order, you face even more serious consequences of up to ten years in jail and a fine of up to $10,000.

In addition to the fines and jail time you face, a domestic violence conviction can affect your ability to get a job, maintain a professional license, own a gun, and serve in the military. In addition, your personal reputation could be destroyed. This is why it is so important to hire the best possible defense attorney, even if you believe you are innocent.

When you call me to represent you in a domestic violence case, I will explore every possible defense option. Each case I take is unique, and the defense I build will reflect the specifics of your case. However, the sooner I can get started defending you, the more options we will have. If you have been questioned or accused, do not hesitate to contact me to discuss your case. I will be honest about the situation you are in and will explain what I might be able to do to help. Georgia takes accusations of family violence very seriously, and so should you.