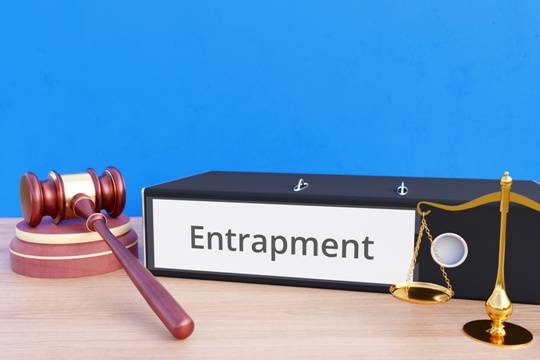 Computer and Electronic Pornography in Georgia is a felony offense. The typical fact pattern we see is basically a law-enforcement-driven internet sting operation. You’ll have a police officer pretending to be a “child,” attempting to communicate with an adult. They’ll manufacture a profile and then look to communicate with adults initially on dating websites, online personal ads, chat rooms, social networks, or other computer programs. Sometimes the communication is then continued via text messages and emails. After a period of time, the conversation becomes sexual. The police officer pretending to be a child will then try to convince the person to send explicit photos, engage in conversations of a sexual manner, and ultimately set up a time and place to meet for the purpose of having sex. The statute requires that the child be under the age of 16, and the purpose of the communications be for the purpose of child molestation or indecent acts, like having sex with the child.

The result of these internet stings is the arrests of law-abiding adults who were never interested in meeting or having sex with children, which leads us to the defense of entrapment.

In Georgia, a person is not guilty of a crime if his conduct is induced or solicited by the police. To use entrapment, you have to show the following:

And, of course, at trial, the State has the burden of proving beyond a reasonable doubt that the Defendant was not entrapped.

The most important and most difficult element to prove is that the person would not have committed the crime had it not been for the police officer's conduct. In effect, we need to show that our client was not predisposed to engage in any sexual acts with children, and had it not been for the police’s undue persuasion or deceitful means, the client would not have agreed to do so.

But How Do You Show All of That in Practice?

Investigation, more investigation, and an expert or two. For our criminal defense team, investigation isn’t just investigating the police officer’s methods and the State’s case. With these particular cases, we have to do a deep dive into our client’s background to gather evidence that they had never previously engaged in this type of behavior and that they’re not the type of person who would. To do this, we interview as many people as possible who have a close personal relationship with our client and who can therefore talk about his character and his lack of sexually deviant behavior.

As for the experts, we have our client undergo a psychosexual evaluation to show that he doesn’t have any deviant sexual behaviors, such as pedophilia or sexual interest in children. We also will conduct a forensic examination of our client's cell phone, tablet, and computers to show that they never had those types of communications with children online nor possessed child pornography. All of these factors help us paint a true picture of our client’s character to prove that they were not predisposed to engage in any sexual acts with children and would never have done so absent the police’s undue persuasion and deceit.

Which brings us back to the police’s undue persuasion and deceit—to show this, we need to focus on the police officers’ specific conduct, including showing how they used techniques specifically designed to induce our client to commit the offense. We’ll focus on the initial “meeting,” tone of the conversation, and specific language chosen by the officer. We’ll also look for evidence of “role-playing,” at what point in the conversation the “child’s” age was disclosed, any evidence that our client was reluctant to continue the conversation or tried to discourage the conversation, undue persuasion on the part of the officer, and whether any photograph provided by law enforcement, held out to be the “child,” made it obvious that he or she was underage. Remember, most of these cases originate from the Internet Crimes Against Children Task Force. The interesting thing about the task force is that their funding is tied to the number of arrests they make. This certainly creates an incentive where undue persuasive techniques and deceit find a home in the aggressive police techniques used in these cases.

Let Us Help You Get Your Life Back

By now, you know that a Computer and Electronic Pornography charge in Georgia is a serious matter with potentially catastrophic consequences. If you or someone you love is facing this type of charge, contact our office as soon as possible. We will develop an individualized defense for your specific case. While we can’t guarantee a specific result, we can guarantee that we will not judge you, and you will be treated with respect and dignity.

Make an Informed Decision.
Make the Best Decision.
And Contact Us to Get Started Today.